A sanctuary for abused animals

A sanctuary dedicated to animals and nature in Laos

A reserve located in an incredible setting

Nestled in the heart of a splendid landscape, Animal Sanctuary Laos is located 130Km from the capital of Laos — Vientiane. Located on the shores of Tha Heua, a fishing village in the middle of the mountains, the reserve is in the middle of an exceptional setting and environment. Built for animals by a team of enthusiasts, each part of the sanctuary has been designed and thought for its residents. As you walk through this exceptional place, you will discover a string of islands and islets, one of which is entirely dedicated to the monkeys that have been taken in. In another space, you can also approach the aviary adapted for owls or the park entirely reserved for the Asian Black Bear and its mascot, Bouba.

Animal Sanctuary Laos is obviously a showcase for animals but it is also an incredible place of biodiversity and responsible culture. The fierce will of the founder, Christophe, has been to develop food plantations useful to the sanctuary’s residents. Various fruit trees, banana plantations and medicinal plants are used on a daily basis and provide local, quality food for all the animals.

The reserve is located on the shores of Nam Ngum Lake, a unique place in the world that is still unexplored and truly authentic. It benefits from a unique setting and offers beautiful surprises and unforgettable feelings to all travelers. Located 90km north of Vientiane, Nam Ngum Lake, an artificial lake created in 1970 following the construction of an electric dam, gives visitors and nature lovers an unforgettable experience.

This lake is indeed characterized by the presence of many islands and islets that constitute a space where wildlife and wild flora flourish. Animals such as macaques or Asian leopards enjoy large and rich spaces where they can go in peace.

Located between mountain and forest, the reserve has a multitude of natural and human treasures to discover. Along the various roads on the outskirts of the sanctuary, you can see typical villages with notably the Hmong, a people mainly constituted of itinerant mountain farmers and cattle breeders who are now tending to settle down. In the immediate vicinity of the reserve you can also discover splendid panoramas but also waterfalls and unusual cliffs at Vang Sang in which were carved representations of Buddha.

Vang Vieng is located halfway between Luang Prabang and the Laotian capital. Many walking, motorized or water sports routes are possible (for example, by going down the Nam Song River with a boat). You will be able to admire the old city, the karst formations or visit many caves and bathe there. For example, you shouldn’t miss the blue lagoon right next to Vang Vieng. Very nice for swimming lovers and for those who enjoy thrills, do not hesitate to try the vertiginous zip lines.

Whether it is at the aptly named blue lagoon in Vang Vieng or along the Nam Song River, there are many opportunities to discover and marvel.

The Hmong are an Asian people from the mountainous regions of southern China, northern Vietnam and Laos. They are also called the Miáo, meaning "raw rice" and designating nomadic populations with little integration. The exact origin of the Hmong people has never been proven, but it is certain that they occupied the basins of the Huang He River in northeastern China and then migrated to the mountains of the southern provinces (Yunnan, Guizhou, Guangxi) towards the end of the 18th century. In the 19th century, Hmong people settled in Laos (Non Het, Hua Phan) and then in Vietnam (Lao Cai). Since their migration from Yunnan province about three centuries ago, the Hmong have remained relatively self-sufficient, living mainly from rice terraces, gathering non-timber forest products and, more recently, from handicrafts and other tourist activities. There are many forms of dialects among this people. The most common are "Green Hmong" and "White Hmong", named after the color of the speakers' traditional female costumes. These people are originally animist, believing that there is a soul in every being, every object and every element on earth, and then opened up to shamanism and Christianity. According to their ancestral beliefs, the Hmong are endowed with twelve souls at birth, the three most important of which manifest themselves at death. One then guards the tomb, the second leaves to join the ancestors and the last is reincarnated.

In this unique reserve, visitors are invited to immerse themselves in the very heart of the project. Accompanied by the teams, you will be able to participate in the daily tasks, discover the animals and the work of the caretakers. You will discover that these animals that you see in television reports are sensitive and incredibly endearing beings. True friendships are sometimes formed between visitors and residents. When we leave Animal Sanctuary Laos, we feel light-hearted to have experienced such moments of sharing and closeness… Taking care of others is taking care of ourselves.

“Taking care of others is taking care of oneself, devoting oneself to them, and to leave one’s own concerns aside for the benefit of others, in order to give them what they need.”

Would you like to go and meet incredible animals? Give meaning to your trip and participate in a unique project in Laos? Live unforgettable moments of sharing and fraternity with benevolent people? Come and discover our sanctuary.
Visit us now! 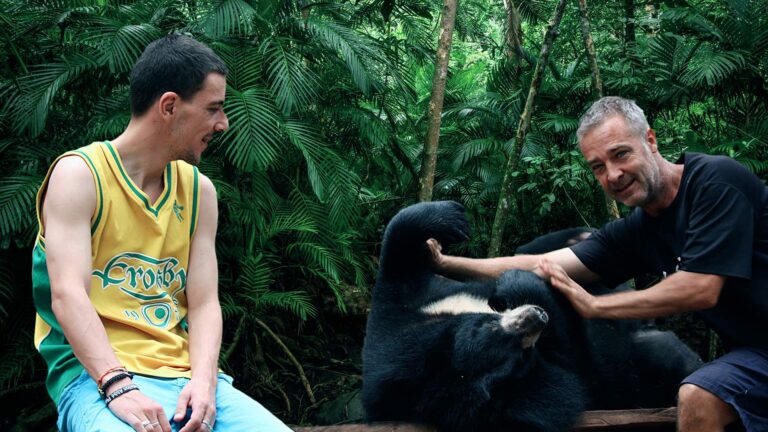 A stay in total immersion to discover the animals of the sanctuary, Laos, its culture and its local population. A unique experience, far from the beaten track. 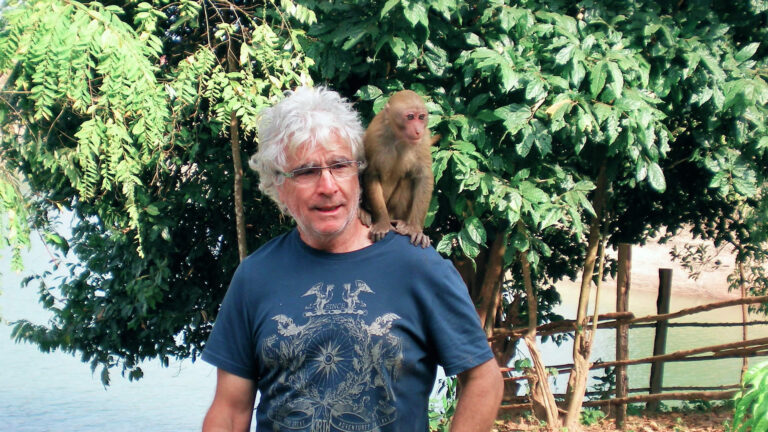 An incredible stay in the middle of the Lao nature. Relax in a stunning lodging, discover a typical region and get close to fascinating animals. 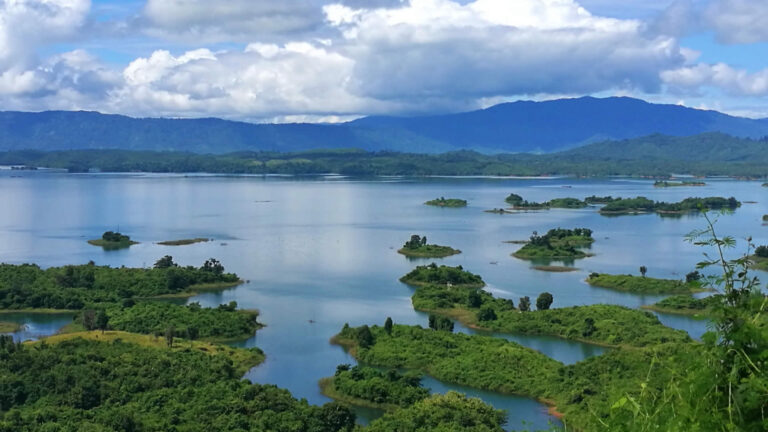 Looking for adventure & authenticity? Live an intense & unique experience during a stay at the sanctuary where you will be close to the animals and the Laotian nature.